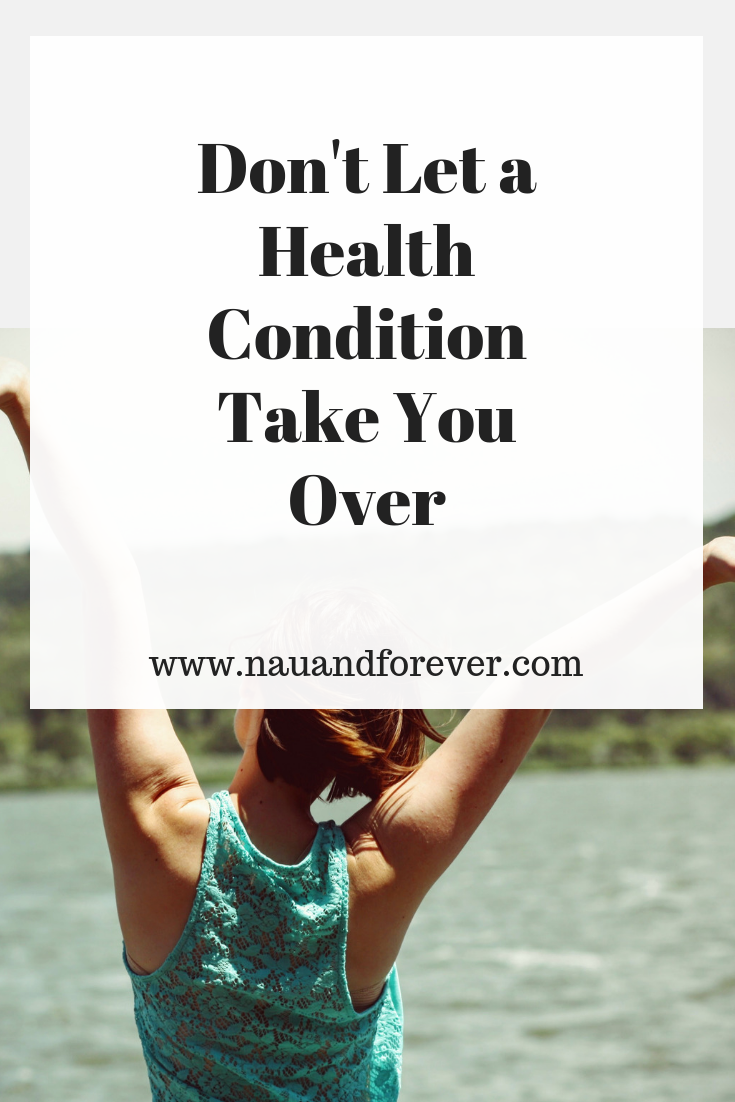 It’s just so easy for this to happen. Once you get labeled with a health condition, you feel as though that is all you become known for. But who really knows you for only having a health condition? Think about your friends, family, the people you work with. Do you really think that as soon as they see you, the first thing they think is, ‘oh, that’s the girl with a ____.’ No, they don’t. But of course, when there’s something wrong with you and you just don’t feel right, you’re never going to feel as though people aren’t judging you. Or are you? We don’t think anyone should live a life where they feel different because of an issue. We think people should be able to live freely, shine brightly as they always should do, and live a full and happy life. If your illness is taking away your shine away, then have a read of our post, and see if we can put some of that shine back into your life.

This is the first thing that needs to be made clear. If you’re letting your illness control you, then there’s no way that you’re going to be able to let your shine come through. To ensure your illness doesn’t win, you need to make sure you’re focusing on the problem at hand. So, think about what it is that’s wrong with you, and think about all of the things that you might be doing to make it worse. For example, let’s talk about stomach disorders. It’s so common for people to have a simple stomach disorder, such as IBS, but for it to turn into something serious.

Some people suffer so seriously with IBS that they’re not even able to go about their daily lives without suffering in pain. It can cause bloat, stomach ache, and a nasty stomach. But, we don’t exactly make it easy for ourselves. A lot of people with IBS still eat a varied diet, with aggravating foods such as takeaways. If you have any form of stomach disorder, you need to make sure that you’re sticking to a clean diet and exercising. For conditions such as IBS, it has been proven that exercising can actually help to reduce symptoms!

If you’re letting it take your shine away, you’re probably letting it back you feel different. As soon as you let it make you feel different, you’ll begin to feel like you’re isolated from the rest of the world. But think about how many people know you have your medical condition, and what they actually know about it. Even if they do know, think about what they might actually be thinking.

Do you think they’ll be thinking negative thoughts, or do you think they’ll be feeling a lot of sympathy for you? Don’t ever feel different just because you have something wrong with you. Chances are, pretty much everyone around you has a little something going on with their body that’s different to the norm.  Don’t act any different, and don’t do anything different with your life as much as your illness will allow. This will help to ease you into social situations and make you happy with who you are as a person.

Find A Way To Shine

Finally, you need to find a way to shine. If you’ve been suffering for a while now, chances are that you’ve pushed yourself away from social situations. Or perhaps, you haven’t been as willing to participate in things that you’ve always wanted to do. Take sports as an example. Sometimes, playing sports is the last thing that you want to do if you’re feeling run down.

But, there might be so many benefits to it if you actually give it a go. Even if you are feeling a bit down, put yourself out there. Doing something you like is going to be so uplifting for you! Just think about anything that you find uplifting and fun, and find a way to turn it into a hobby. It could even be something that you’re able to do from the comfort of your own home, such as blogging or Youtubing!